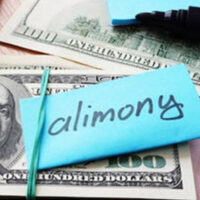 When Eutimio and Nancy Ruiz divorced, the court ordered him to pay $600 per week.  This amount was arbitrary for several reasons.  Eutimio was unemployed at the time of the divorce; the court simply optimistically anticipated that he would be able to find a job shortly after the divorce became final.  When he did not pay, Nancy filed a motion to hold him in contempt of court.

Eutimio filed an appeal, and the appeals court determined that the trial court made two errors, on which it based both the original alimony order and the finding of contempt.  First, the court determined Eutimio’s spousal support without determining an exact amount that Nancy needed; it did not report any findings about Nancy’s current income, earning potential, or expenses.  Second, it failed to impute income to Eutimio before deciding how much alimony he should pay.

Imputed income is an amount of income that a court decides that a person can earn, even if that person is not currently working.  The amount of imputed income is calculated based on the person’s education and earning history, as well as other factors such as the person’s health and childcare obligations.  Courts sometimes impute income to spouses requesting alimony, as well as to people who were the primary breadwinners in their marriages.

What to Do About Incorrect Awards of Alimony

Imputed income is, by nature, a hypothetical amount.  Even if the judge bases the amount on your previous income, there is no guarantee that you will be able to find another job that pays the same.  If the judge made incorrect assumptions in imputing income to you for alimony purposes, you should go back to court to modify your alimony obligations.  Even if your obligations were based on your actual income instead of imputed income, you still have the right to modify your obligations based on a change of circumstances.  You should always go through the court to do this, instead of just making an informal verbal agreement with your ex-spouse.

Alimony and division of property should not place an unfair burden on either ex-spouse.  Contact the Boca Raton alimony lawyers at Schwartz | White for a consultation.