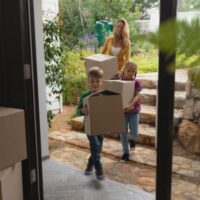 When you are a divorced parent of a minor child, you need the court’s permission to move out of Florida; the court must be satisfied that your move is in the child’s best interest.  Traveling long distances from one parent’s house to the other is a challenge, so other factors must weigh in favor of one parent moving away.  These factors often have to do with money; the parent moves in order to accept an offer of a better paying job, to live in a less expensive area, or to be closer to family members who can assist with childcare.  It is in the child’s best interest for the parents to be able to support the child financially without relying on public assistance, so if your reason for wanting to move out of Florida is related to your job, the court is more likely to approve the move.  If your ex-spouse is trying to stop you from making a work-related move with your minor child, contact a Palm Beach County child custody lawyer.

Michael and Ines married in Venezuela and moved to Miami, where Michael owned a condominium; he sponsored her application for permanent residency as the spouse of a U.S. citizen.  When they married, Michael was 53 years old and Ines was 29.  Michael was a self-employed engineer earning about $8,000 per month.  Ines was a dentist in Venezuela, and California was the only state that would allow her to take the certification exam to practice dentistry in the state; in Florida or any other state, she would need to enroll in dentistry school and repeat her dentistry education from the beginning.  The parties made several trips to California, during which time Ines took the certification exam and interviewed for jobs and the parties looked for houses in the San Diego area.

Ines also visited Venezuela numerous times during the first three years of the marriage, because both of her parents were ill.  When they died, Ines inherited about $500,000, and she and Michael signed a postnuptial agreement waiving her right to request alimony.  Shortly after signing the agreement, Ines was offered a job as a dentist in California; at almost exactly the same time, she discovered that she was pregnant.  Michael, who did not want children, was angry and broke his promise to move to California, effectively trapping Ines in Florida, where her earning potential was severely limited.  When the child was born, Michael refused to interact with him.  Ines filed for divorce when the child was four months old and requested the court’s permission to move to California.

The legal battle went on for two years, by which time Michael had formed a relationship with the child and wished to be the primary residential parent.  Eventually, the court granted Ines permission to move to California and authorized a parenting plan where Michael would travel between California and Florida to escort the child to and from visits.

A Boca Raton child custody lawyer can help you persuade the court to authorize your move to another state where your work opportunities are better and can help you modify your parenting plan accordingly.  Contact Schwartz | White for a consultation.