The Time to Get a DNA Paternity Test Is When the Child Is Born, Not in the Middle of a Long Legal Battle Over Child Support 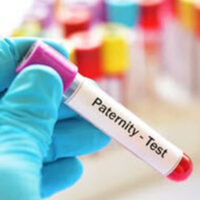 Infidelity and lack of trust are very common reasons that people divorce.  Discovering that your wife cheated on you is bad enough, but discovering that she cheated throughout your whole marriage and that someone else might be your children’s biological father can tear your world apart.  It can be tempting to tell your wife that, if a DNA test reveals that you are not the biological father, then you refuse to pay child support, but the courts will never back you up.  If you were married to the mother at the time of a child’s birth, you are that child’s legal father, and you will remain so unless you voluntarily terminate your parental rights or the court terminates them for you.  Custody and child support are about the best interests of the children, not about imposing financial penalties on your ex for being dishonest.  Denying paternity as a response to being asked to pay child support will only make you look like a coward.  If the court is asking you to pay an unreasonable amount in child support, you should instead seek the help of a South Florida child support lawyer.

The Parker Case: A Cautionary Tale

In Florida case law, Richard Parker has become a poster child for what not to do when there are doubts about the paternity of your children.  Parker divorced his wife when their son was three years old, and in the first year after their divorce, he fell farther and farther behind on his child support payments.  His wife brought him back to court to enforce the child support order, and only then did he raise his doubts that he was the child’s biological father.  Even when a DNA test excluded him as the biological father, the court ruled that, since he was the child’s legal father, his child support obligations should continue.  It reasoned that, if he really doubted his paternity, and if it really mattered to him whether he was the biological father, the time to get a DNA paternity test was when the child was born or, at the very least, during the divorce proceedings.  Parker’s actions appeared to the court as a last-ditch effort to get out of financially supporting a child who regarded Parker as his father.

How to Protect Yourself from Paternity Fraud

If the child was conceived when you and your girlfriend were in an off-again, on-again relationship, you should get a DNA paternity test before you start the process of requesting recognition as the legal father.  A DNA paternity test only costs $30, and you can do it as soon as the child is born.  More women are having non-invasive prenatal testing (NIPT) during pregnancy; this test analyzes the unborn child’s DNA.  You can even have the NIPT DNA compared to yours; this way, you can know that you are the biological father before you become the legal father.  The other option is to decide to be the child’s father regardless of what a DNA test might tell you in the future and to file a voluntary declaration of paternity even without taking a DNA paternity test.  The voluntary declaration of paternity becomes irrevocable 60 days after the court receives it.