What Are Your Parental Rights in a Florida Divorce If You Adopted Your Stepchild Before Moving to Florida? 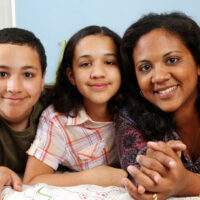 Under Florida law, the legal parents of a child have the right to an ongoing relationship with the child and the responsibility to support him or her financially. The parental rights and responsibilities of legal parents are legally enforceable until the child reaches legal adulthood, usually on the child’s eighteenth birthday. You can become a child’s legal parent through a biological relationship to the child or through adoption. Likewise, a man who is married to the child’s birth mother when the child is born automatically becomes the child’s legal parent. Florida case law includes court decisions where the mother’s husband remained the child’s legal father even after another man presented the results of a DNA paternity test showing that he, not the mother’s husband, was the child’s biological father. It also includes messy custody battles between same-sex partners when only one partner is genetically related to the child. The bottom line is that the only way to make the law recognize your parental relationship to your partner’s children is to legally adopt the children. This applies to same-sex couples and opposite-couples alike. An adoptive parent is a legal parent, and a legal parent is a parent forever. If you are concerned about how divorce will affect the parental relationship you have established with your stepchildren, contact a South Florida child custody lawyer.

The Time to Adopt Your Partner’s Children Is Now

You already know if you are your children’s legal parent in all but name. If your relationship with your spouse began after the children were born, then your commitment to the children shows your commitment to the marriage; you have become one family. You have no intention of getting a divorce, but divorce can happen to anyone. A piece of paper is not what makes you a family, but you have no parental rights to children to whom you do not have a genetic relationship unless you legally adopt them.

Same-sex couples raising children together might worry what will happen to their rights if someone tries to challenge the marriage equality laws of the last decade, now that Amy Coney Barrett, known for her conservative views, has been appointed to the Supreme Court. The short answer is that, whatever the U.S. Supreme Court decides about same-sex marriage in the coming years, if you adopt your partner’s children, you become their legal parent.

The case of Lara and Kimberly underscores this point. Their relationship began in the 1990s in Washington State, before any states recognized same-sex marriage. Kimberly gave birth to a daughter in 2000, and Lara legally adopted her three months later, so that both Kimberly and Lara were the child’s legal parents. The family then moved to Florida, and Kimberly and Lara separated in 2004, drafting and following a parenting plan just like any other legal parents of a child. In 2007, Kimberly tried to stop Lara from exercising parenting time, and even tried to persuade the court in Florida not to recognize Lara’s adoption of the child. The appeals court ruled that an adoption entered into in one state is valid everywhere, and it remanded the case to the lower court to work out the details of co-parenting.

A Boca Raton child custody attorney can help you preserve your relationship with your children even after you divorce their biological parent. Contact Schwartz | White for help with your case.