What Good Is Permanent Alimony When It Is Only One Dollar Per Year? 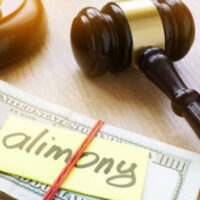 You have probably heard about executives at billion-dollar companies getting a salary of one dollar per year.  The fact that they are intentionally choosing a low salary is obvious, but why one dollar?  Why not zero?  The reason is that the IRS sees a major difference between one and zero, but not between one and one million.  Someone who gets a salary of zero is a volunteer, and the legal rights and obligations of a volunteer are very different from those of an employee.  The reasoning behind awarding a former spouse one dollar per year in permanent alimony are similar.  Once the alimony award becomes zero, it means that the paying spouse’s alimony obligations have ended.  An alimony award of one dollar per year means that the court has decided that the recipient spouse is eligible for permanent alimony, but the court has yet to determine how much the recipient spouse needs and how much the paying spouse can afford to pay.  If the court has ordered you to pay your ex-spouse one dollar per year in permanent alimony, you might still object, not because one dollar makes a big difference in your budget, but because of the principle of being financially obligated to your ex-spouse for the rest of your lives.  A Palm Beach County alimony lawyer can help you modify the amount of permanent alimony you must pay, or even eliminate your alimony obligations entirely.

Determining Alimony Awards When Both Parties’ Finances Are in Disarray

During most of Michael and Brantley’s marriage, Michael worked as a bank executive, and for some of those years, his income exceeded $100,000.  Brantley was a stay-at-home parent to the parties’ three children, all of whom were still minors when the parties divorced; she did not enter the workforce until after she and Michael separated.  While the divorce was in progress, Brantley was able to make ends meet because of pendente lite alimony and child support.  After the divorce became final, though, she relied on food stamps and other public benefits.  She worked a series of jobs, including cleaning houses, teaching part-time, and working in a factory, but her income was never high enough for her not to need public benefits.

One of the reasons that the courts award permanent alimony is that, without it, the financially disadvantaged spouse would require public assistance; in other words, if it is a choice between your ex-spouse financially supporting you or the taxpayers supporting you, the court will make your ex pay.  Michael’s finances were a mess, too, though.  Having lost his job at the bank, he had declared bankruptcy, and his new job paid a lot less than he had been earning at the bank.  Therefore, the court ordered him to pay Brantley one dollar per year in permanent alimony, and it ordered further findings to determine how much Michael could pay and how much Brantley needed.

An experienced Boca Raton alimony lawyer can help you avoid paying permanent alimony, unless your ex truly has no other source of financial support.  Contact Schwartz | White for support with your case.