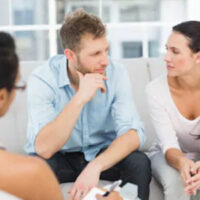 Marriage counselors often say that their job is to help couples break up as much as to help them stay together.  Sometimes people have to think all the way through how their relationship as ex-spouses would work before they decide that staying married is the best option.  When couples file for the divorce but then reconcile, withdraw their divorce petition, and then stay together for the rest of their lives, the time when they almost got divorced serves as a learning experience that can help them resolve their conflicts peacefully.  If they later get divorced, the proceedings of their previous almost-divorce can have an effect on their real divorce when it finally happens.  If you are getting divorced after an off-again, on-again relationship with your spouse, contact a South Florida divorce lawyer.

When You and Your Spouse Break Up Twice, Sixteen Years Apart

When Joyce Hellard and William Siegmeister married in 1997, they both owned real estate property and they had both taught in the Miami-Dade County public schools for many years.  After they married, they lived in the house in Lago Mar that Joyce had bought prior to their marriage.  William also owned a house in Coral Gables, but he did not reside there after he married Joyce.  Instead, his sons from a previous marriage lived there, and the family also used the house as the headquarters of Siegmeister Insurance Company; William became a licensed insurance agent and started an insurance business when he retired from teaching.

Joyce and William separated in late 2000 and filed for divorce.  In January 2001, they submitted a marital settlement agreement (MSA) to the court, in which they agreed on how to divide their marital property.  Shortly thereafter, William was diagnosed with cancer, and the parties reconciled, and they stayed together for another 16 years.  In 2007, William bought a condo in Coral Gables; he also opened some investment accounts after he and Joyce reconciled.

The parties filed for divorce again in 2016, and this time the court dissolved their marriage, using the MSA from 2001 as a guide.  It classified the Coral Gables condo and the investment accounts as William’s separate property and awarded possession of them to him.  Joyce appealed the judgment, because it failed to deal with the property William had acquired since 2001; she argued that, since William had acquired the property during the marriage, it should be counted as marital property and should be divided equitably.  The appeals court agreed with Joyce that the court’s work in dividing the couple’s property equitably was not finished and it remanded the case to the trial court to decide how to deal with the assets that the couple had accumulated after 2001.

Determining the difference between separate property and marital property is often more complicated for couples who marry in middle age, but a Boca Raton divorce lawyer can help.  Contact Schwartz | White for help today.