What Happens If Your Spouse Gets A Severance Package During Your Divorce Case? 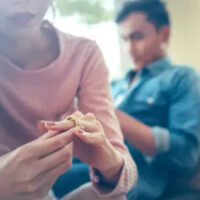 One of the factors that can complicate a divorce case is when one spouse’s income changes by a large margin between the time the parties file for divorce and the time the court dissolves the marriage.  Major conflicts often arise when, during the marriage, one spouse was the main source of financial support for the family, but, during the divorce, the wealthier spouse gets laid off from their job or must retire because of health problems.  This change complicates matters of alimony, even when it is clear that the financially disadvantaged spouse requires alimony.  Conflicts can also arise over whether the money that the wealthier spouse received when they left their job was marital property or non-marital property.  Severance pay is considered non-marital property, since it is akin to a legal settlement, but end-of-service bonuses that are part of the conditions of the original employment contract.  If you and your estranged spouse are involved in a dispute over payment that one of you received after filing for divorce, contact a Palm Beach County divorce lawyer for help.

Throughout Paul and Lynn’s marriage, he held a corporate job and she was a lawyer; his income was higher.  After the parties filed for divorce, another company bought the company for which Paul worked.  Paul had the option to stay with the new company or to depart and receive a sum of money.  Paul departed the company and accepted the money, but during the divorce case, he and Lynn disagreed about whether the money he received upon leaving his job was marital property and therefore subject to division.

Lynn contended that the money Paul received when he left his job after the merger was an end-of-service bonus, provided for in the employment contract he signed when he started working for the company years earlier; therefore, since the company had promised Paul the money when the marriage was intact, it was marital property.  Paul contended, however, that the money was part of a severance agreement in which Paul had agreed, among other things, not to sue his former employer and not to set up a new business that competed directly with the former employer.  He even argued that Lynn, in her capacity as an attorney, had helped him negotiate for the severance pay.  The appeals court determined that the money was severance pay, and therefore it was Paul’s separate property.

Also at issue in the divorce case was money owed to the parties by other people.  Specifically, Paul had lent money to a family friend who had not paid him back, whereas Lynn had tried in vain to collect payment from a business client.

A Boca Raton divorce lawyer can help you resolve issues of division of marital property if one spouse lost their job while the divorce case was in progress.  Contact Schwartz | White for a consultation.