What Happens To Co-Parenting Arrangements When One Parent Moves Out Of Florida? 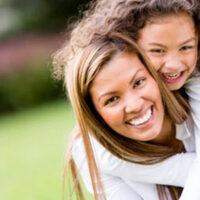 One of the most fraught issues that can arise after divorce and after a family has adjusted to co-parenting is when one parent plans to move far enough away that the current plan will become untenable after the move.  If the relocating parent is with the children for more than 50 percent of the days in the year, that parent must notify the non-relocating parent in writing at least 60 days before the move.  The non-relocating parent has the opportunity to petition the court to forbid the relocating parent from moving.  Even if the court consents to the move, the parties must revise their parenting plan to allow for long-distance travel.  If you have fewer than 182 days of parenting time, you do not need the court’s permission to move, but the children are entitled to a new parenting plan.  To resolve conflicts about parenting time related to relocation after divorce, contact a Palm Beach County child custody lawyer.

Court Denies Mom’s Request to Move Out of Florida with Son, So She Moves Without Him

Jessyca and Gino divorced when their son was a toddler, and their parenting plan divided their parenting plan almost equally.  The arrangement worked well for the first several years, and the child had a good relationship with both parents.  Gino would take the child on fishing and camping trips, coach his youth sports team, and sometimes visit him during lunch at school.  Jessyca remarried, and the child got along well with his stepfather and stepbrother.

Jessyca and her husband worked for the same employer, and the employer transferred them both to Texas; they could not remain employed if they stayed in Florida.  Jessyca notified Gino of the anticipated move and petitioned the court to allow her to relocate to Texas with the child, who was then seven years old.  She proposed a new parenting plan, where the child would make 11 round-trip flights per year to visit Gino during school vacations and several weekends.  The court denied her request to move with the child; it reasoned that it was not in the child’s best interests to make so many airplane trips unaccompanied.  Jessyca moved to Texas without the child so that she and her husband could keep their jobs.  She appealed the decision, but the court affirmed it.  Meanwhile, the child remained in Florida with Gino.  The court remanded the case so that the parties could arrange for a new parenting plan where the child would attend school in Florida but would spend some school vacations and weekends in Texas with his mother and her new family.

Moving out of state after divorce does not have to be a minefield for conflict.  A Boca Raton child custody & parenting plan lawyer can help you agree on a new parenting plan when one parent has moved out of state and co-parenting requires long-distance travel.  Contact Schwartz | White for help with your case.