What Happens To The Marital Property In A Marriage Annulment? 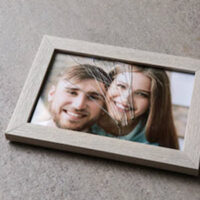 Annulment of marriage is when the court declares that a marriage never existed.  Most annulments happen very shortly after the marriage ceremony, because the parties quickly realize that they are unsuitable marriage partners for each other.  Millennials will remember that, for exactly one weekend in early 2004, Britney Spears was married to her childhood friend Jason Allen Alexander; it didn’t take them long to realize that the biggest pop diva of her generation and a mild-mannered college student from Kentwood, Louisiana were a mismatch.  They were perfect candidates for annulment; one could easily make a case that their marriage never existed.  It also goes without saying that they did not own any property together, as they were only married long enough to eat five meals together.  Sometimes, though, the court must annul marriages because of legal technicalities.  In this case, you need a Boca Raton family law attorney, even if you are seeking an annulment instead of a divorce.

What Is the Difference Between Divorce and Annulment?

A divorce legally ends a marriage that was legally valid.  The former spouses are each entitled to a share of the marital property.  Pursuant to Florida’s equitable distribution laws, the court decides on a case-by-case basis the fairest way to divide the marital property.  You do not need a reason to get a divorce; the court will dissolve the marriage simply because the spouses no longer wish to be married to each other.

The court will only grant an annulment, however, if there is a reason that the marriage was legally invalid.  These are some reasons that the court grants annulments:

Yes to Child Support, No to Alimony, Maybe to Division of Marital Assets

If you annul your marriage, any children born to you and your ex are still entitled to a parenting plan and child support.  The family court does not care whether the parents of a child receiving child support were married, engaged, in a long-term relationship, friends with benefits, or any other relationship status; child support is for children, not for former partners.  There is no alimony in annulments, and technically there is no equitable distribution, because there is no marital property.  In the case of long-married couples who tried to divorce only to find out that their marriage was invalid and the court would annul it instead, like Florida legislator John Grayson and his ex-wife Lolita, the court must divide the property that the couple owned jointly.

A South Florida family law attorney can help you get out of a marriage that never really existed in the first place.  Contact Schwartz | White in Boca Raton, Florida about your case.