What Happens to Your Alimony Obligations When One Former Spouse Assumes Responsibility for the Adult Children’s College Tuition? 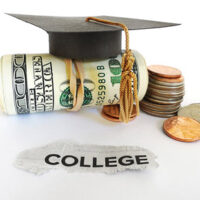 Florida laws regarding alimony aim to enable both spouses to maintain their pre-divorce standard of living.  Therefore, if one spouse was a stay-at-home parent throughout the marriage, the other spouse might have to make hefty alimony payments.  If the marriage lasted longer than 17 years, the alimony obligations could even be permanent, ending only when one of the spouses dies or when, if ever, the recipient spouse remarries.  Child support obligations automatically end when the children turn 18 or graduate from high school, except in the case of children whose disabilities make them require parental support well into adulthood.  In reality, most people do not immediately become financially independent on their eighteenth birthday, so divorced couples might face conflicts about finances even after their children are grown up.  If you are at odds with your ex-spouse about whether supporting your son or daughter in college is grounds for modifying your alimony agreement, contact a South Florida alimony lawyer.

Details of the Quinones Case

Before Nancy and John Quinones married in 1988, she worked as a flight attendant, but she was a stay-at-home parent throughout their marriage.  Their divorce became final in 2009, when their son was a college student, and their daughter was in high school.  John, a news correspondent, earned $58,000 per month.  The court awarded Nancy permanent alimony in the amount of just over $14,000 per month.

Nancy appealed this aspect of the divorce and several others; she argued that the amount of permanent alimony was not enough to keep the same standard of living she had enjoyed before her divorce from John.  When John listed his income and expenses on the financial affidavit, he included the money he spent supporting their college aged son as expenses of his.  For the next for years, he would be paying $52,000 per year for tuition, as well as covering his son’s car payments and car insurance.  Nancy argued that John’s voluntarily assumption of responsibility for his son’s expenses during college do not constitute an expense; instead, the court should regard those expenditures as discretionary spending, because parents do not have a legal obligation to pay their children’s college tuition.  Many college students fund their education through scholarships, financial aid, loans, and their own wages.  The appeals court sided with Nancy and remanded the matter to the trial court to determine a more appropriate amount of spousal support.  It reasoned that alimony after a long marriage where one spouse was economically dependent on the other is a legal obligation, but paying college tuition for your adult children is not.

If the court has awarded permanent alimony in your divorce, it means that your ex-spouse is required to pay enough to support you at more than a subsistence level.  Big bills lead to big conflicts, so you might need a lawyer to help you resolve them.  Contact the Boca Raton alimony lawyers at Schwartz | White for a consultation.