What is a Heart Balm Law? 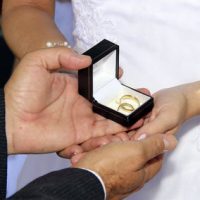 Historically speaking, a promise to marry someone was treated like any other binding contract. If someone broke their end of contract and didn’t follow through with the marriage, the individual could be sued for breaching the contract. A lawsuit for a broken contract to marry often centered around the loss of benefits to be had from getting married or losses incurred from the broken promise itself.

The breach of contract designation gave rise to some cases for alienation of affection or criminal conversation. However, some people felt these laws promoted blackmail as the laws evolved to include the emotional wounds rather than just breach of promise. Eventually, the courts began to disallow these types of claims until some states started passing what are known as “heart balm laws.”

Heart balm laws started making an appearance in the mid-1930s and they were enacted to abolish a person’s right to sue for breach of promise to marry. In some cases, they also abolished any related actions like criminal conversation and alienation of affection.

One issue that developed with the arrival of these new statutes was how far reaching were they? Do they bar all lawsuits that involve any aspect of the promise to marry, or can you bring a related action? One example would be whether someone has the legal grounds to recover an engagement ring or another gift that was given in anticipation of the marriage taking place.

Not every state has abolished these causes of action, but Florida has. The measure was originally passed in the 1940s and abolished common law actions for breach of promise to marry and related actions like criminal conversation, alienation of affections, and seduction.

This is covered under Chapter 771 of the Florida Statutes. Section 771.01 clearly states that the right to recover financial damages for the alienation of affection, criminal conversation, seduction, or breach of promise (contract) to marry are abolished.

Since many states have abolished alienation of affection claims, some people have attempted similar claims under different legal theories, like Intentional Infliction of Emotional Distress (IIED) or fraud. Neither of these are easy to prove and courts are often hesitant to apply these legal theories in the context of marriage.

An engagement ring is given with the expectation that the marriage will take place. It is considered a conditional gift as there is an explicit reason the gift is given. If the recipient calls off the wedding and the condition of marriage has not taken place, the other party is entitled to get the ring back. This was the subject of Gill v. Shively, 320 So.2d 415 (4th DCA Fla. 1975) that states the donor can get the engagement ring back if the recipient terminates the promise to marry.

When to Retain a Florida Family Law Attorney

If you’re being sued for returning an engagement ring or someone is attempting to bring a claim related to breach of contract to marry, you need an experienced Boca Raton family law attorney. The team at Schwartz | White has years of experience handling all aspects of family law matters. Contact us at 561-391-9943 today to schedule a confidential consultation.