What is the USFSPA and How Does It Affect My Military Divorce? 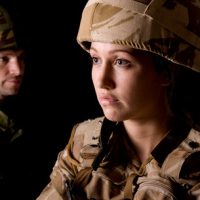 USFSPA stands for the Uniformed Services Former Spouses’ Protection Act, 10 U.S.C. §1408, and it addresses concerns around divorcing military couples. It covers unique situations that involve health care benefits, eligibility for commissary, military retirement benefits, and more. Essentially, the USFSPA gives states the right to give military retirement pay to a spouse or former spouse. It also gives directions for enforcement through the Department of Defense.

It’s important to note, however, that this is not an automatic right through the USFSPA. The former spouse must have received an award entitling them to a portion of their ex-spouse’s military retirement pay in the final divorce decree.

For ex-spouses who have a valid alimony or child support award that is in arrears, the Department of Defense can help under the USFSPA. The award must state it is to be paid directly from the ex-spouse’s military retired pay. All pertinent information should be present on the order as well to assist the finance center. The Act states that you cannot garnish more than 65% of a retired military member’s retirement pay for child and spousal support. Without an alimony or child support award, the USFSPA limits awards to 50% of the disposable military retirement pay.

If part of your ex-spouse’s retirement pay is declared marital property during the divorce, you may be eligible to receive direct payments from the Finance Center. However, you must meet the “10-year-test” criteria. That means as the former spouse must have been married to the military member for at least 10 years, and the military member must have performed at least 10 years of service that qualified for retirement purposes. If you meet the “10-year-test,” you will need to get a court order that indicates the award can be made as a direct payment from the ex-spouse’s military retirement pay.

What Happens After the Military Member Dies?

In theory, federal law points to the award stopping once the military member passes away. However, the ex-spouse may still be entitled to some benefits under the Survivor Benefit Plan (SBP) if the military member had opted for that coverage. SBP provides for continued income after the military member’s death, however, it doesn’t necessarily provide the amount of payments noted in USFSPA.

If you, the non-military spouse, passes away, payments also stop. There is no way to have payments made to your heirs or estate.

Other Things to Note with the USFSPA

Courts cannot make an award that divides the retirement pay in a way that the other spouse doesn’t have to wait until the military member retires. In fact, the USFSPA forbids state courts from ordering any military member to retire so that the pension can be divided as part of a divorce settlement. Courts do not automatically divide the entire retirement pay in half either. Only the portion that was earned during the marriage, or the “marital portion,” is subject to division.

If you are married to a military member and struggling to come to an agreement on marital assets, it’s important to retain a skilled Florida divorce attorney. The attorneys at Schwartz | White have years of experience handling a variety of scenarios with divorce, including military pensions. Contact our Boca Raton office at 561-391-9943 today to schedule a consultation.