When Your Self-Employed Ex-Spouse Conceals Income 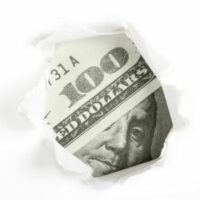 A family business can create a sense of togetherness for a couple, or it can highlight the divisions that already exist between them.  Fuzzy accounting is a reality for many businesses, regardless of size, and if both spouses engage in it together, it can create a sense of “us against the world.”  If one spouse is intentionally muddling the details, though, then it is financial infidelity, in layman’s terms.  Divorce is about ending the legal and financial partnership of marriage, so while divorce courts generally do not hold extramarital romances against the straying spouse, lying to your spouse about money does count against you in a divorce case.  The divorce court’s task is to apportion marital assets according to each former spouse’s needs, and to do that, it must get accurate information about the couple’s finances.  If your ex-spouse lied to you and to the divorce court about their finances, contact a South Florida divorce lawyer.

Cormac and Loretta were married for more than 20 years, and they lived in New York throughout most of their marriage.  Cormac was the president of a company that establishes and maintains laboratories for outpatient medical offices, and Loretta was a stay-at-home parent to the couple’s three children, all of whom were adults by the time the parties’ divorce became final.  In 2014, the family moved to Florida and bought a house worth $800,000, and Cormac continued to commute between New York and Florida, since his business was still based in New York.

Loretta filed for divorce in 2017, and the case went to trial two years later.  Cormac told the court about the income his business earned from three labs, but Loretta thought that the business operated more labs than that.  She and her lawyer worked with an attorney in New York to find out about other labs Cormac’s business might be operating.  Meanwhile, the court finalized the divorce in late 2019 and based its awards of equitable distribution and alimony on the financial disclosures Cormac presented.

Once Loretta’s attorneys had gathered sufficient evidence from two other labs that Cormac’s business had been operating at the time of the divorce, she filed an appeal and requested a new trial.  In other words, Cormac’s business had been operating five labs in the last years of his marriage to Loretta, but he only told the court about three.  The appeals court ruled that Loretta’s new evidence was strong enough to warrant an evidentiary hearing.  The appeals court ordered an evidentiary hearing, on the basis of which the judge could decide whether Cormac had made fraudulent statements that would warrant a new trial.

Dishonesty between spouses about finances is one of the main causes of divorce.  A Boca Raton divorce lawyer can help you reveal your ex-spouse’s lies and get your fair share of the marital property in your divorce.  Contact Schwartz | White for a consultation.