Who Gets To Keep The Pets In A Divorce? 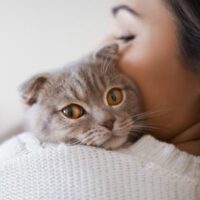 Sometimes the most painful aspect of divorce is fighting over possessions that have modest resale value but to which both spouses are deeply emotionally attached.  The situation is even worse when those possessions are not things, but rather beloved family pets.  To add insult to injury, the court tends to see things in terms of dollars and cents.  Therefore, a judge will listen to hours of expert witness testimony about which spouse is better equipped to care for a thoroughbred horse, but not about which spouse loves the couple’s rescue dog more.  If you leave it to the divorce court, it will probably decide that one spouse gets to keep the family pet; if the animal was especially costly, the court might order the pet-keeping spouse to compensate the other spouse for part of the animal’s value.  The family courts do not order parenting plans for domestic animals like they do for minor children.  If a former couple wants to have “joint custody” of a family pet, they can agree to a timesharing schedule, they can agree to this in their marital settlement agreement, as they can agree to almost anything, as long as it does not violate the law.  If you and your spouse disagree over who should keep the family dog, contact a Boca Raton divorce lawyer.

According to Amicable Divorce Network, dogs are the animal most often at the center of divorce disputes about pets; perhaps cat people are so conflict avoidant that they are willing to let their ex-spouse keep Kitty.  A more careful reading of celebrity news reveals, however, that when people have enough money to battle in court over pets, almost any species will do.  These are some famous cases:

A South Florida family law attorney can help you reach an agreement with your spouse about where your pets should live after your divorce, up to and including sharing pet care responsibilities.  Contact Schwartz | White in Boca Raton, Florida about your case.