Why Do Courts Agree or Refuse to Modify Parenting Plans? 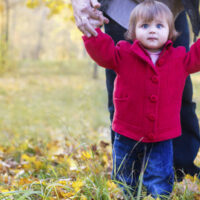 After divorce, your relationship with your ex-spouse might not change as much as you expect.  If you and your ex-spouse treated each other respectfully despite your disagreements and had a relatively peaceful divorce, then co-parenting after divorce probably will not be an unprecedented source of conflict.  Likewise, if your spouse is manipulative, easily loses their temper, and breaks promises, even the best parenting plan is not an ironclad way to protect you against co-parenting drama.  Of course, with a formal parenting plan, you have legal remedies.  For example, you can file a motion for contempt of court if your ex does not return the children to you according to the timetable indicated in the parenting plan.  You should also get the court involved if your ex routinely says negative things about you to your children, whether or not the things your ex says have a basis in fact.  A South Florida child custody lawyer can help you with these problems or any others related to modifying or enforcing a parenting plan.

The Change Test and the Best Interests Test

Showing that a parenting plan modification is in a child’s best interest requires the skill of a family law attorney.  Contact the Boca Raton child custody lawyers at Schwartz | White for a consultation.