Why Would the Court Order You to Pay $1 Per Month in Permanent Alimony? 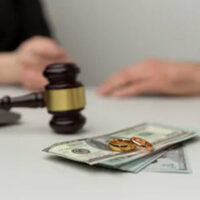 Most alimony arrangements can be terminated early if the recipient spouse remarries, even if the alimony was originally meant to be permanent.  Of course, it is possible for a couple to act as a single financial unit without being legally married.  In fact, over the years, the courts heard the grievances of many divorced people whose former spouses continued to enrich themselves with the court-ordered alimony they received while being married in all but name to someone else, with the new partner paying most or all of their living expenses.  In 2005, Florida enacted a law in which the court can terminate your alimony obligations if your ex-spouse enters a financially supportive relationship with a new partner, even if they are not legally married.  A South Florida alimony lawyer can help you persuade the court that your ex-spouse’s relationship with his or her new partner involves enough financial support to warrant terminating your alimony obligations.

What Counts as a Financially Supportive Relationship?

You can only successfully argue that your ex is in a financially supportive cohabitation relationship if your ex lives with a person who lives with a person who provides financial support and is not a family member.  Therefore, if your ex-wife lives with her new boyfriend and they share expenses, you can terminate your alimony.  You can also terminate it if she lives rent-free with a platonic friend.  It is not grounds to terminate alimony if your ex lives with a family member related by blood or marriage, such as her sister, her cousin, or even the wife of her late uncle.

The Case of the Open-Ended Engagement

After Suzette and William Reno divorced, the court ordered him to pay her permanent alimony.  Suzette later got engaged to a man referred to in the appeals court’s decision as Mr. Zimms, although they did not set a wedding date.  Suzette moved into Mr. Zimms’ house and began working for his business in an unofficial capacity.

Sometimes the most complicated parts of divorce only happen after your ex-spouse enters a new relationship; an experienced Boca Raton alimony lawyer can help you work out the details.  Contact Schwartz | White about your case.