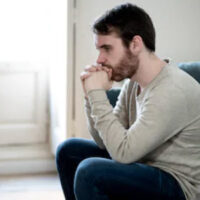 When Your Spouse Threatens to Expose Your Affair Partner’s Secret

Kristopher and Sabrina separated in 2013, when she discovered that he was having an affair.  Before they went to mediation, Sabrina told Kristopher that she had pictures of him and his affair partner, and that she would share the pictures and expose the affair unless he agreed to give her the property and parenting time she was requesting in the divorce.  (The court decision says that the pictures were “of a private nature,” but it does not specify how Sabrina got the pictures or to whom she threatened to show them.  Perhaps the affair partner was also married, and if her husband saw the pictures, it would break up her marriage.)  Fearing what would happen if Sabrina shared the pictures, Kristopher agreed to the terms that Sabrina requested, which included alimony and paying her attorney’s fees.

The moral of the story is, if your spouse starts making threats, talk to your lawyer before you decide whether those threats are credible.  Showing your spouse that you aren’t scared, even if it means a judge finding out your secrets, is better than acting out of fear.  Simply having an affair does not always count against you in a divorce case.

A Boca Raton divorce lawyer can help you avoid intimidation, coercion, and other dishonest and underhanded tactics in your divorce case.  Contact Schwartz | White for help today.