Will The Court Reduce Your Child Support Obligations If You Are Also Financially Supporting Your Own Parents? 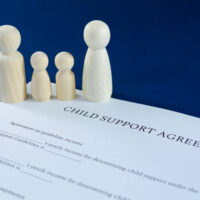 The court determines child support based on the number of days per year that the children spend with each parent, as well as each parent’s income and necessary expenses.  The family courts of Florida have decided many cases where parents requested modification of child support based on the parent’s expenses, which included financially supporting other family members.  As with equitable distribution of marital assets, the court decides what is fair on a case-by-case basis.   In general, the courts consider paying an adult son or daughter’s college tuition or other expenses a discretionary expense; it will not reduce your obligations to pay alimony to a former spouse or child support for minor children based on this.  Conversely, if you are paying child support for minor children from your first marriage when your second marriage ends in divorce, the court will not reduce your child support obligations for your older children in order to free up child support funds for your children from your second marriage.  In other words, your financial support of family members other than the children you share with your ex-spouse sometimes plays a role in child support decisions.  To find out more about modifying your child support obligations after divorce, contact a South Florida child support lawyer.

Mary and Tommy divorced when their daughter was four years old.  When the parties separated, Mary was working as a nurse in a hospital, where each shift was twelve hours; Tommy was not working at the time of the divorce filing, but he received a settlement from an employment discrimination lawsuit while the divorce was pending.  The parties agreed that it was in the child’s best interest for Tommy to be the primary residential parent; the child would reside with him during the school year.  She would reside with Mary during summer vacation and visit her during three-day and four-day weekends during the school year, which amounted to approximately one weekend per month.  The child would spend part of the Christmas holiday with Mary and part of it with Tommy.  The court ordered Mary to pay $200 in child support per month ten months out of the year.

Mary requested a reduction in her child support obligations because she was also financially supporting her mother, who lived with her.  She had also filed a petition to sponsor her father’s immigration from the Philippines, and when he arrived, she would be his main source of financial support, too.  The court denied her request, not because obligations to support elderly parents cannot factor into child support decisions, but because the judge found that Mary lacked credibility about other issues, such as Tommy’s history of domestic violence and why two lawyers who had represented Mary had terminated the employee-client relationship.

A Boca Raton divorce lawyer can help you determine a fair child support scheme if you also support other family members, in addition to your children.  Contact Schwartz | White for a consultation.