Will The Court Take Your Last Name Away From Your Child? 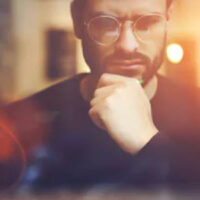 Naming children can be a contentious issue, even in intact marriages.  Divorce lawyers have heard plenty of stories where one spouse was still resentful about the other spouse overriding their decision about what to name their child, who was born decades earlier.  Disagreements over children’s surnames are arguably even more contentious than differences of opinion over their given names.  Most of the time, the decisions that parents make about children’s names stay in place after a divorce; the court’s goal is to provide stability and continuity for the children, and changing a child’s name just because the parents got divorced would not serve that purpose.  In some instances, stepfathers adopt children, and the children take the stepfather’s last name, but many dominoes must fall between the parents’ divorce and the stepparent adoption for that to happen.  If you want to change your child’s last name after a divorce, or if your ex-spouse wants to change your child’s last name against your wishes, contact a Boca Raton child custody lawyer.

When Erica married Michael, she took his last name.  Michael suffered from addiction throughout much of the marriage, and when the couple’s daughter was born in 2010, Michael had minimal involvement with her.  In fact, shortly after the child’s birth, Michael entered an inpatient addiction treatment program.  When he completed inpatient rehab, he moved out of Florida without notifying Erica, who filed for divorce in 2012.  The parenting plan awarded supervised parenting time to Michael, but he never exercised his parenting time.  The court ordered Michael to pay child support, but in practice, it was Michael’s parents who contributed the money to fulfill his child support obligations.

A South Florida child custody lawyer can help you if your ex-spouse has had minimal involvement in your children’s lives since you and your ex got divorced.  Contact Schwartz | White in Boca Raton, Florida about your case.