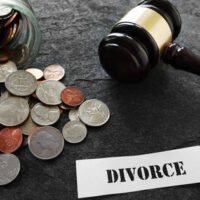 The percentage of divorce cases in which the court orders one spouse to pay alimony is decreasing, and when the court does order alimony, it is usually only for a few years.  Prenuptial agreements are becoming increasingly popular among young couples, but that is not the main reason for the trend away from alimony; millennial prenups are more about a strategy for dealing with premarital debts than about limiting the amount of alimony you will have to pay to a greedy ex.  Fewer people are receiving alimony these days because fewer people need it; in an increasing number of marriages, the parties contribute roughly equal amounts of income to the marital wealth.  One exception to this trend is temporary alimony, the alimony that one spouse pays the other while the divorce case is still going on.  If you and your spouse disagree about temporary alimony, or any other type of alimony, contact a South Florida divorce lawyer.

What Is Temporary Alimony?

Temporary alimony and permanent alimony are only two of the six types of alimony recognized by Florida law (the others are lump sum, transitional, rehabilitative, and bridge the gap).  Temporary alimony is also called pendente lite alimony; pendente lite means “while the legal case is pending” in Latin.  It begins when the divorce proceedings begin and automatically ends when the divorce becomes final.  The higher income spouse must pay the financially disadvantaged spouse enough money to pay the rent or mortgage, utilities, car insurance, and other necessary household expenses while the divorce case is going on.  The idea is that the parties cannot separate their financial obligations until their divorce is finalized.  Even if you signed a prenup waiving your right to alimony, you are still entitled to temporary alimony.

Details of the Khan Case

Lisa and Aslam Khan married in 1990 and separated in 1998; they initiated divorce proceedings but then reconciled.  In the process of their incomplete divorce, they signed a marital settlement agreement (MSA), in which they agreed that each party would pay his or her own attorney’s fees and that neither party would pay temporary alimony.  Lisa filed for divorce again in 2009, and Aslam cited the MSA from their previous separation in response to Lisa’s request for temporary alimony.  The trial court and the appeals court both ruled that requiring the higher income spouse to pay temporary alimony is a matter of public policy.  The judges cited many examples from Florida caselaw in which courts ordered the higher income spouse to pay temporary alimony until the divorce became final, even if the disadvantaged spouse had waived her right to alimony in a prenuptial agreement.

Temporary alimony can be a point of contention, especially in drawn-out divorce cases.  No matter what your spouse says, you have a legal right to collect temporary alimony while your divorce is pending.  Contact the Boca Raton alimony lawyers at Schwartz | White for help today.