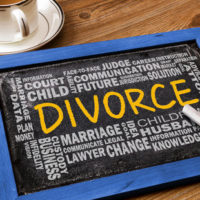 Communication between spouses is encouraged as a matter of public policy. One way in which the law encourages spousal communication is through the spousal privilege. This privilege protects spouses by allowing them to refuse to disclose or stop the other spouse from disclosing information learned during a private conversation during the marriage.

The spousal privilege is most commonly used in criminal trials where one of the spouses is charged with a crime. In that situation, it can be used by the spouse to stop the prosecution from calling his husband or wife as a witness against him.

Divorces are cases where one spouse files a petition against the other, and therefore, a spouse cannot claim spousal privilege to stop a spouse from testifying and revealing information learned during the marriage. In addition, divorce proceedings do not often require testimony from either spouse about any possible wrongdoing by the spouses because of the no-fault divorce system.

Spousal privilege survives marriage, and a spouse can stop a former spouse from revealing information that was learned while the couple was married. Therefore, a spouse in a current divorce proceeding cannot call their spouse’s former spouse to testify in the divorce. For example, Susan and Dan are going through a divorce, and Susan wants to call Dan’s ex-wife Angela to testify that Dan told her he has multiple foreign accounts where he hides money. Dan can stop Angela from testifying to this in his divorce case because she learned the information from Dan while he was married to her.

Spousal privilege does not apply to actions or behavior that a spouse observed during a marriage. A spouse can testify about a spouse or former spouse’s habits and conduct without the spousal privilege being implicated. Therefore a spouse can testify as to a person’s excessive alcohol drinking or drug habits, and any information on how a person abused or neglected his or her children.

For more information on spousal privilege and the kind of evidence that is admissible in a divorce proceeding, contact a knowledgeable Boca Raton, Florida divorce attorney, at the Law Offices of Schwartz l White for more information.