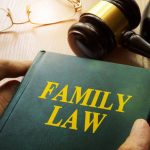 7 Reasons to Hire a Family Law Attorney in Florida

To Keep the Family Home or to Sell it? What to do in a Florida Divorce

In most Florida divorces, the big question – outside of “who gets the kids?” – is, “What should we do with the family home?” Monetary value aside, couples have a hard time separating from their family home for emotional reasons. Oftentimes the family home represents security and stability during an otherwise emotionally trying time…. Read More »

Time-Sharing Over the Holidays: Who Gets the Children on What Holidays?

Sharing custody is difficult, but many parents are able to come up with a schedule that works for them both. However, no matter how amicable a divorced couple is regarding the custody schedule, it always becomes a bit contentious over the holidays. Both parents want the child for Thanksgiving lunch; both want to see… Read More »

Marriage as a Contract

Some legislators have been fighting for alimony reform in Florida for years.  In fact, alimony reform has been on the state legislature’s plate since 2012 or even earlier.  Last year, a bill passed the Florida House of Representatives but never reached the Senate for voting.  The year before, a reform bill reached Governor Rick… Read More »