How to Improve Co-Parenting After a Florida Divorce

Learning how to co-parent with your ex-spouse can be one of the more challenging aspects of moving on after a Florida divorce. If one spouse is dealing with depression or struggling to move on, those feelings can manifest into bitterness and anger that make co-parenting even more challenging. The whole process of co-parenting is… Read More » 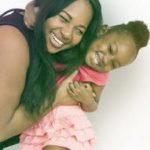 Including A “Morality Clause” In A Parenting Plan

After a divorce, one parent may not have a say in the people the other parents introduces to the children, or what activities the parent engages in around the children. This may become a major concern especially if the children are young. For this reason, the parents may want to include language in the… Read More »

Disagreements On How To Raise Children After A Divorce

Parents raising a child together often come to an agreement about major decisions concerning the child through much discussion. When parents go through a divorce, this co-parenting becomes harder, and in some cases is near impossible. After the divorce, parents may find themselves changing how they parent, and the changes they make often conflict… Read More »

Time-Sharing Over the Holidays: Who Gets the Children on What Holidays?

Sharing custody is difficult, but many parents are able to come up with a schedule that works for them both. However, no matter how amicable a divorced couple is regarding the custody schedule, it always becomes a bit contentious over the holidays. Both parents want the child for Thanksgiving lunch; both want to see… Read More »

As a parent, it is never easy to share custody of a child, and it never gets any easier to send the child back to their other parent’s home when it is his or her time for visitation. However, when a child turns to their mother or father at the time of pickup or… Read More »

“Can I Legally Prevent My Ex’s New Partner from Having Contact with My Kids?”

Post divorce, it is inevitable that one or both parties will eventually move on. While each individual expects this, they never really consider how their ex moving on will affect their child until it actually happens. However, once one parent establishes a new relationship with another man or woman, the influence of the new… Read More »