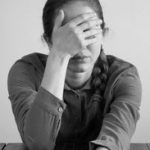 Types of Protective Orders in Florida

Protective orders or restraining orders, also called injunctions for protection in Florida, are available for victims of domestic violence. Many people are affected by abuse and violence, and it’s important for potential victims to understand the resources available to them. If you’ve been a victim of domestic violence, it’s imperative to speak with a… Read More »

Can a Domestic Violence Victim Drop Charges in Florida?

Unfortunately, it is a quite common scenario: an individual will seriously injure his or her spouse in a domestic dispute and the victim, a family member, or a well-meaning neighbor will contact the police. The police will arrest the offender and charge them with domestic violence. While the victim should be happy that their… Read More »

What is Domestic Violence?