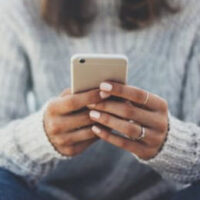 When a couple with minor children gets divorced, they must finalize a parenting plan that covers many aspects of their co-parenting relationship. When you are married to your children’s other parent, you can decide at the last minute which parent is responsible for making doctors’ appointments for the children and which one should drop them off at school, but with a parenting plan, you must decide all of this in advance. The parenting plan, which takes the form of a court order, even specifies which set of grandparents the children can visit on which holidays and even the method of communication the parents must use to contact each other about their children. The purpose of all of this is to prevent conflict, maintain stability in the children’s lives, and ensure that the children get to spend adequate time with both parents. If you are having ongoing parenting conflicts with your ex-spouse, even if they are about apparently minor issues, contact a South Florida child custody lawyer.

When the Court Orders You to Communicate via a Divorce App

Divorce apps might seem like a fad, but the family courts find them sufficiently important and useful that they sometimes specify in parenting plans which app or messaging service the parents should use for communications about co-parenting. Arlene Preudhomme and Garth Bailey divorced in 2010, when their three children were still young. The Original parenting plan required the parties to communicate using Our Family Wizard, a messaging app designed to facilitate communication among divorced parents. Garth eventually let the family’s subscription to Our Family Wizard lapse. In an amended parenting plan, the court required the parents to communicate on a website called talkingparents.com. Talking Parents, unlike Our Family Wizard, is free and does not require a subscription.

Making travel plans is more difficult after divorce, but you still have a right to take your children on international trips. Your Boca Raton child custody lawyer can help you make plans to travel internationally with your children, even if your ex-spouse makes things difficult. Contact Schwartz | White for help today.