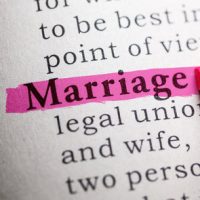 It probably comes as no surprise that there are some U.S. citizens who are selling the promise of marriage to a foreign national in exchange for a visa so he or she can immigrate to the United States or remain in the country. When a non-resident individual enters into a marriage solely for immigration purposes, it’s marriage fraud and the parties are subject to criminal and immigration law consequences.

Types of Marriage Fraud and Penalties

Marriage fraud is a federal crime and carries some hefty penalties:

It’s important to note that the first two penalties apply to both United States citizens and foreign nationals.

Cases of Marriage Fraud in Florida

There are a number of marriage fraud rings that have been uncovered in Florida. One of the most recent involves a lengthy investigation that resulted in the arrests of a Russian national, Denis Yakovlev, and his wife, Meghan Toole, from Cocoa. Yakovlev admitted to introducing at least 100 people to each other with the purpose of entering into fraudulent marriages. He said the U.S. citizens were receiving around $10,000-$20,000 per marriage, and his fee was around $1,000 to $2,000.

Another fraud ring in Miami resulted in over 40 people being charged with marriage fraud. This particular ring involved pairing Cuban-American women with undocumented nationals from Russia and the former Soviet Union. Undocumented immigrants would pay $25,000 in some cases, while their Cuban-American spouses received around $5,000.

To combat potential marriage fraud by both individuals and rings, the Department of Homeland Security founded the Document and Benefit Fraud Task force (DBFTF) in 2006.

What If You’re Entering a Marriage with a Non- U.S. Citizen?

If you’re entering into a legitimate marriage with a non-U.S. citizen and you’re concerned about extra scrutiny, you need a skilled Florida family law attorney who can help guide you through the process. The Boca Raton based team of attorneys at Schwartz | White have years of experience in all areas of family law. We can assist with other aspects of family law as well —everything from drafting a prenuptial agreement to ensuring your estate planning needs are covered too. Contact our office at 561-391-9943 to schedule a consultation today.