When Preteens Refuse to Visit One Parent: Reasonable Preference or Just Reacting to the Stress of Divorce? 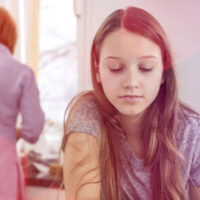 One of the factors that Florida family courts consider when deciding on parenting time is the reasonable preference of the child.  This factor is only relevant when the child is of middle school age or older.  For a child’s reasonable preference to count toward the decision, he or she must meet with the judge or a court-appointed expert when neither parent is present.  The judge must ensure that the parents have not been pressuring the child to express his or her preference.  Especially in the first months following a divorce, children may complain that they do not like spending time with one of their parents, but this alone does not constitute an expression of reasonable preference.  If your children are unhappy about your current parenting plan and you want to enforce or modify the parenting plan, contact a Palm Beach County child custody lawyer.

Perach and Jeffrey Marcus filed for divorce in December 2003, and Jeffrey continued to reside in the marital home with Perach and the couple’s four children until after the divorce became final several months later.  The court ordered Jeffrey to vacate the marital home by May 1, and in the last week of April, he moved into another house on the same street as the marital home.  On Friday afternoon, Jeffrey picked up the children from school.  Three of the children went home with their father without incident, but Perach and Jeffrey’s twelve-year-old son complained loudly all the way home.  When the boy’s religious tutor came to Jeffrey’s home, the boy told him that he did not want to stay with Jeffrey, so the tutor took him back to Perach’s house.  Jeffrey called Perach and said that it was his legal right to spend Friday nights with all four children, as stipulated in the parenting plan.  Perach said that it was unconscionable to physically force the boy to do something he did not want to do.  That evening, the tutor returned the boy to Jeffrey’s house.  Jeffrey told the child that he wanted him to stay but could not force him to, and the boy went back to Perach’s house.

On Saturday morning, the family went to the synagogue.  While Jeffrey attended services, the 12-year-old boy played basketball outside with his younger brother.  Before Jeffrey came out of the synagogue, both boys ran away, and their parents and neighbors looked for them until they found them in the neighborhood.  The boys stayed with Perach until the Sabbath ended.  Jeffrey then called to ask Perach to send the boys to him, as per the parenting plan, but the older boy refused to go.

What followed was a series of motions for contempt and responses.  The trial court said that both parents had a responsibility to abide by the parenting plan, even if the children objected.  Perach appealed the decision, saying that the court was unjustly vague about the measures she had to take to compel the children to spend time with Jeffrey.  The appeals court remanded the decision to the trial court to work out a more detailed solution.

A Boca Raton child custody lawyer can help you when your children do not want to spend time with you or your ex-spouse.  Contact Schwartz | White for help today.