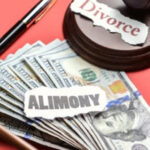 Whenever possible, Florida divorce courts divide a couple’s marital assets in such a way that neither spouse will require alimony from the other. If one spouse has little or no income, though, alimony is often the only choice. In order to determine how much money the supported spouse needs, though, the court must determine… Read More » 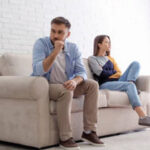 Can You Get Alimony If the Court Decides That Your Marriage Was Not Legally Valid?

It is a shock, to say the least, if you go to court to get a divorce, and the judge tells you that you were never legally married to your spouse in the first place. The reasons that the court might decide this are various. In some cases, the court might rule that, unbeknownst… Read More »

Keeping Your Finances Separate After Marriage? There’s a Prenup for That!

Florida law provides that any income you earn or any asset you acquire while married to your spouse is marital property. Money and property that you owned before your marriage is separate property unless you treat it as a marital asset. Examples of treating a separate asset as marital property include adding your spouse’s… Read More » 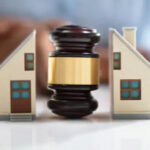 When the Court Lets You Keep the House, While Also Awarding Half of Its Value to Your Ex-Spouse

No two divorce judgments are alike; equitable distribution means dividing the couple’s property in a way that is fair, and that is different for every couple. Sometimes one spouse needs and wants the marital home much more than the other one does, in which case it is fair for him or her to keep… Read More » 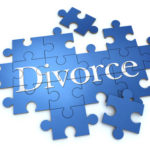 Now that same-sex couples can enjoy the benefits of legal marriage in Florida, the possibility of divorce comes into the equation as well. While same-sex couples have the same rights to divorce as they do to marry, there may be some additional challenges that heterosexual couples do not face when getting a divorce. Length… Read More »

A huge part of any divorce proceeding involves negotiating an equitable division of assets. In divorce, assets acquired during the marriage are marital and each party is entitled to a fair share. Separate property, on the other hand, is property that either spouse owned prior to the marriage, or received during the marriage by… Read More »

How an Ex-Spouse’s Cohabitation May Affect Florida Alimony

It is not uncommon for a person who receives alimony to remain unmarried – even if they are in a long-term, committed relationship – just so they can continue to receive those payments. If the ex-spouse is living with the new partner, Florida law allows evidence of that cohabitation, or “supportive relationship,” to be… Read More »

For many newly divorced Boca Raton residents, the end of marriage signifies the start of a new life. And for some, that means starting over outside of Boca Raton, or perhaps even out of Florida. Whether the decision to move out of state is the desire for a clean slate, a job opportunity for… Read More »

When Parents Disagree, Who Decides?

The case of a Florida mother who went into hiding to prevent her four-year-old son’s circumcision is headed to federal court. The case raises the question of who decides when parents, operating under a shared parenting plan, disagree on what is, and is not, in their child’s best interests. Shared Decision Making under a… Read More »

Taking a Trip down the Aisle Soon? You May Want to Consider a Prenup

If you’re one of the many couples planning to get married this spring and summer, you really should drive straight to an attorney to discuss a prenuptial agreement before you take that stroll down the aisle. Many couples think it’s unromantic or even downright cynical, contemplating divorce before the marriage has even begun. But… Read More »