What are the Most Common Types of Elder Abuse? 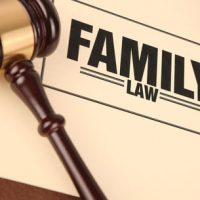 Experts estimate that while elder abuse only affects a small percentage of the population each year, less than one in 14 cases actually gets reported to law enforcement officials. Elder abuse is generally considered as abuse to someone over the age of 65. Elders may be more susceptible to abuse as they have often undergone life transitions, have additional physical and mental illnesses, may be isolated, or have cultural biases that make them more susceptible to manipulation. These cases tend to be harder to prosecute, which is why people tend to target the elderly.

The most common types of elder abuse fall under five broad categories: physical, psychological, sexual, neglect, and financial. Here is a look at the types of abuse and how to identify them.

Physical abuse of an elder results in physical pain, injury, or other impairment. The abuser can hit, push, shove, slap, kick, burn, beat, or shake the elderly person to cause physical injuries or harm. Physical abuse also extends to other related areas where confinement, drugs, or restraints are being used inappropriately.

Physical abuse may result in bruises and fractures. The elder may have unexplained burns or abrasions that don’t coincide with a verifiable injury.

Sexual abuse can involve any type of non-consensual sexual contact. It is not necessarily limited to physical acts either, but can include forcing an elderly person to undress against their will or to watch pornographic materials or sexual acts.

Emotional and psychological abuse can be either verbal or non-verbal. Verbal abuse may include blaming or using the elder as a scapegoat repeatedly, yelling or intimidating the person, or ridiculing them. Non-verbal use may involve menacing behaviors used to scare the person or forcing them into isolation and refusing to let them see their friends or family.

Emotional abuse is often hard to pinpoint. The best way is to watch how others behave during the caregiving process. Does someone threaten the elder, or speak poorly about them?

Financial Abuse is the illegal use of an elder’s assets. It can include everything from cashing a check without permission to coercing the elder to sign over their assets. Having a trustworthy guardian and/or conservator when necessary can help reduce the chances for financial abuse.

One way to monitor the financial risk is to pay attention to bank statements. If they suddenly stop coming in the mail, the person committing the fraud may have had them stopped, rerouted, or made available online only. Look at the caregiver as well — does he or she have a history of drug or alcohol addiction? Do they have other means of support beyond this caregiver job?

The act of neglect is where the person in charge of caring for the elder fails to fulfill his or her obligations. They may neglect the elder’s personal safety or not give them their scheduled medicines. The caregiver may not ensure the elder is cleaned up or given food.

If you suspect an elder is being abused, it’s important you report the potential abuse. In addition, speak with a skilled Florida family law attorney who can discuss options like conservatorships and guardianships when necessary. Contact the experienced team at Schwartz | White in Boca Raton at 561-391-9943 to schedule a consultation.