What Happens if My Ex Hides Assets During our Florida Divorce? 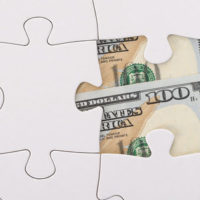 It’s no secret that many divorces are contentious, but some spouses make the entire process worse. Some unscrupulous people attempt to hide assets from their spouse in hopes they won’t be subject to distribution during the divorce. This is not only illegal, but it can result in serious consequences.

How to Uncover Hidden Assets

In some cases, you may find evidence in your own home that your spouse has been hiding assets. Since their mail has been coming to the home, there could be important information hidden away in a desk drawer or somewhere. This is the first place to start as you may be in possession of information and documentation that can help your Florida divorce attorney.

Your attorney will usually start by sending a demand to produce financial documents and records to your spouse. However, your ex may just ignore the request which courts anticipate. Your attorney has the authority to subpoena records from domestic banks. They can also subpoena your ex’s employment records, which can show whether he or she is transferring money directly from their paycheck to a separate account.

Other tools of discovery include depositions and written interrogatories that require them to disclose all their financial information.

Additional important documents include tax returns, loan applications, credit card accounts, etc. If there is evidence your spouse is hiding assets, your attorney will demand he or she turn over the information to the court. In limited cases, your attorney may request permission to hire an expert who can help uncover details to uncover where your spouse is hiding assets.

Some of the legal consequences of hiding assets during a divorce can include:

If you have questions regarding asset distribution or you need a divorce attorney to represent you in your Florida divorce, contact the Law Offices of Schwartz | White at 561-391-9943.