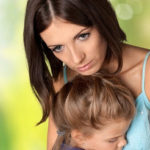 After a marriage or other romantic relationship fails between two people who have children together, it can sometimes mean that one of the parents leave the children as well as the spouse or partner. The parent who stays often carries on raising the child alone, and providing for the child as needed. This parent… Read More » 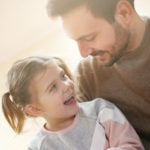 What Happens To The Children After The Parent With Primary Parental Responsibility Dies?

Some parents seek primary responsibility over their children and urge the court to give the other parent only supervised visits because they want to protect their children. If a parent has a substance abuse problem, is abusive, or is otherwise unfit to parent the children, it can make the responsible parent anxious or afraid… Read More » 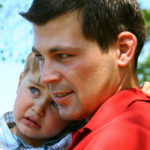 In divorce situations that involve allegations of domestic abuse, or where a court has ordered one spouse to stay away from the family home and the other spouse and sometimes the couple’s children, issues of parenting time may become more complicated than in other divorces. When there is a legitimate concern about a spouse’s… Read More »

The Role Of A Parenting Plan In A Florida Divorce

There are some divorces in which both spouses can agree on the major issues without having to go to court. While parties will still require a judicial order on most issues as the divorce is finalized, a couple that decides issues like asset division, for example using a pre or postnuptial agreement, can have… Read More »

Your Rights As a Father With a Newborn Baby

When a mother and father decide to part ways when their baby is still an infant, or even before the baby is born, it can be difficult to determine custody. There are many courts that still hold the notion that the baby needs to be with its mother and vice versa, especially if the… Read More »

How Is Custody Determined When an Unmarried Couple Splits?

More and more couples these days are opting to have children out of wedlock. Some couples simply choose to go the non-traditional route, while others are not legally able to get married in the state of Florida, such as same-sex couples. While there is no harm in opting out of marriage, should you and… Read More »

Hoping to Move? How to Handle Moving with Children after a Divorce

When parents divorce, there are numerous issues related to shared children that must be addressed. Aside from child custody issues and child support payments, the potential relocation of the custodial parent is a frequently-arising question for which divorced parents often do not remember to account. Relocation can happen for a variety of reasons, including… Read More »