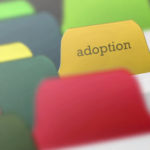 How a Florida Divorce can Affect an Adoption

Divorce is a stressful and emotional experience for all parties involved, but it can be even more stressful when there is an adopted child in the mix. Some adoptive parents wonder how divorce will affect the adoption. Depending on the circumstances and where you are in the adoption process, a divorce could have major… Read More » 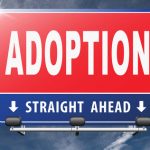 What to Know about Adoption and Fostering a Child in Florida

Are you considering adoption, or maybe fostering a child for the foreseeable future? Here’s what you need to know about adoption and fostering a child in Florida. Why Adopt Kids who are in Foster Care There are many kids who are already in foster care and in desperate need of a stable home. By… Read More »

When a couple makes the decision to adopt an infant, it is as life-changing and monumental as their decision to have a baby. Unfortunately, unlike having a baby, once a couple chooses to adopt, it can be years before they ever get to meet their little one. According to the National Adoption Center, a… Read More »

Consent to Adoption and What That Means for the Birth Parents

There are many reasons that a parent might choose to give up their child for adoption in Florida, ranging from the inability to provide a good life for the child, to simply not being ready to become a parent. However, whatever the reason, no parent makes the decision to put his or her child… Read More »

Many individuals facing a divorce have similar questions. To be sure, often clients in the beginning stages of the divorce process generally ask who will get the house, whether the marital estate will be split equally, and even how retirement funds will be treated. In other cases, divorcing spouses with kids from multiple marriages… Read More »

Rights of a Florida Stepparent to Visitation

Florida ranks 5th among states for the highest percentage of divorce, with 13.1% of the population divorced. And an increasing number of women are choosing to have children before marriage, either through in-vitro fertilization, adoption or continuing a pregnancy without the biological father. Though seemingly unrelated, these numbers mean that blended families are becoming… Read More »

With same-sex marriage now legal in Florida, gays and lesbians currently raising, or who plan to have, children together should have a less difficult time obtaining parental rights of the children. Since 2010, when the Florida Supreme Court struck down the state’s prohibition against gay adoption as unconstitutional, couples utilized what was known as… Read More »