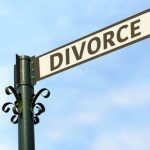 What to Know About Dividing a Business in a Divorce

During a divorce, both assets and liabilities will be divided between the spouses. This process is called equitable distribution. The court will determine which assets are marital property and which ones are separate property, and then they distribute marital assets between the parties. If you own a business with your spouse, this will be… Read More »

Division Of Retirement Assets In A Florida Divorce

Retirement accounts, like all other assets that qualify as marital property, are divisible assets in a Florida divorce. This means that retirement benefits that were acquired after a marriage can be equally distributed between divorcing couples, even if the account was started or opened before the couples were married. The benefit that is considered… Read More »

How is Property Divided When Unmarried Couples Separate?

Under Florida Statutes 798.01 and 798.02, cohabitation was illegal in the state of Florida, and any couple caught violating either of those provisions was found guilty of a second-degree misdemeanor. Today however, more and more couples are choosing to cohabitate without getting married. Whether this is because they do not believe in the institution… Read More »